We offer support, services and advice to Black, Asian and Minoritised Ethnic people throughout Wales who are affected by mental ill health. 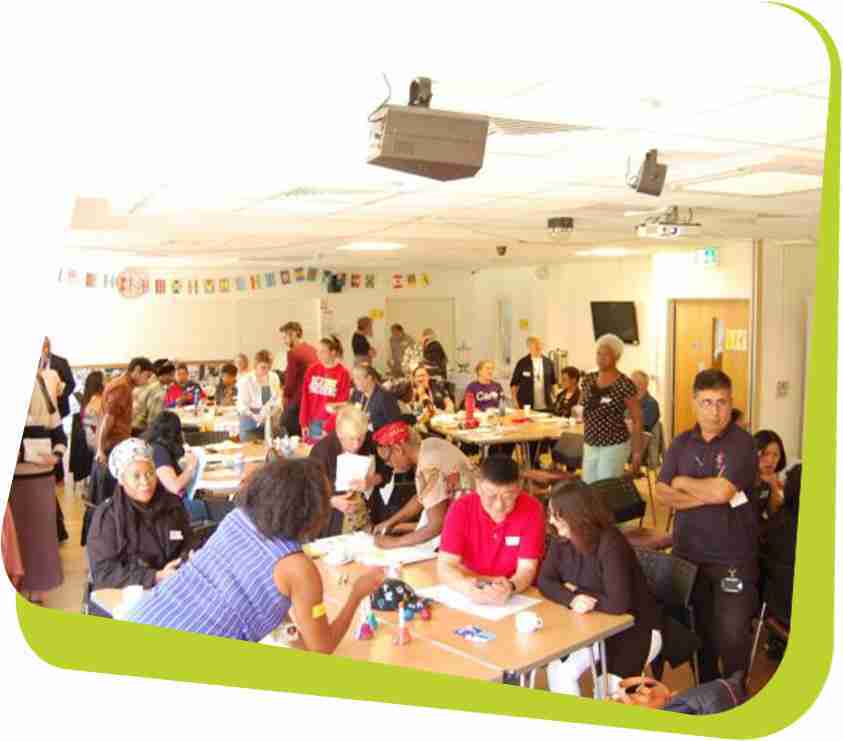 As part of Diverse Cymru’s mission, we are striving to make positive differences in these statistics. We are using our position to raise awareness both within Wales’ BAME communities and among health care professionals of the additional issues and barriers that face BAME people around accessing mental health services.

We want people to feel confident and comfortable when accessing services, and for health care practitioners to feel more knowledgeable when facing the complexities of the issues that some BAME people face in seeking help.

This work also involves a specific focus on Dementia among Black, Asian and Minority Ethnic Communities. There is a dearth of research on older people within these communities and Diverse Cymru has worked hard over the last 4 years to provide an evidence base as a platform to create meaningful change. The All-Party Parliamentary Group on Dementia has found that people from Black, Asian and Minority Ethnic backgrounds are less likely to receive a diagnosis or support due to a lack of evidence, so the importance of our work cannot be understated.

We know that Black, Asian and Minority Ethnic people experience dementia in markedly different ways to white British people. For example diagnosis is more likely to occur at an advanced stage of the illness, there is a lower take-up of mainstream dementia services, and the availability of culturally appropriate forms of post-diagnostic support is variable.

As I Walk the Last Mile of the Way.

Read more about our Dementia work.

Who we work with:

Who can make a referral?:

HYPE CYMRU – Helping young people through empowerment. Delivering workshop to key stage 2 and 3 and young people up to the age of 25 years old.

HYPE Cymru carries out workshops on feelings, mental health knowledge, and breaking down stigma attached to mental health and how to talk about mental health, and who to speak to if you need help.

The project is run in Cardiff Newport Swansea and Wrexham. HYPE Cymru work in primary schools, secondary schools, youth centres, and even running our own shed, were you can drop in during the day and evening to have a chat and pick up information on mental health.

Green prescription – this involves taking young people out and about in wales, using a holistic approach. HYPE Cymru works to help young people to take time out, maybe by doing a form of exercise, or walking. HYPE encourages young people to practice mindfulness when they are on walks and to listen to themselves.

With Welsh Government funding, we have created a project aimed to provide enhanced person-focused support to vulnerable Black, Asian and Minority Ethnic people across Wales who require mental health support during this time. Our usual methods of working have changed due to COVID-19 and we are experiencing an increase in demand for our specialist services from across Wales. This is a community focused and culturally sensitive, offering services in four community languages (including Arabic and Somali), aiming to improve individuals’ mental wellbeing so that they do not need to access primary services.