Under the Equality Act 2010, it is against the law to discriminate against someone because of a protected characteristic. 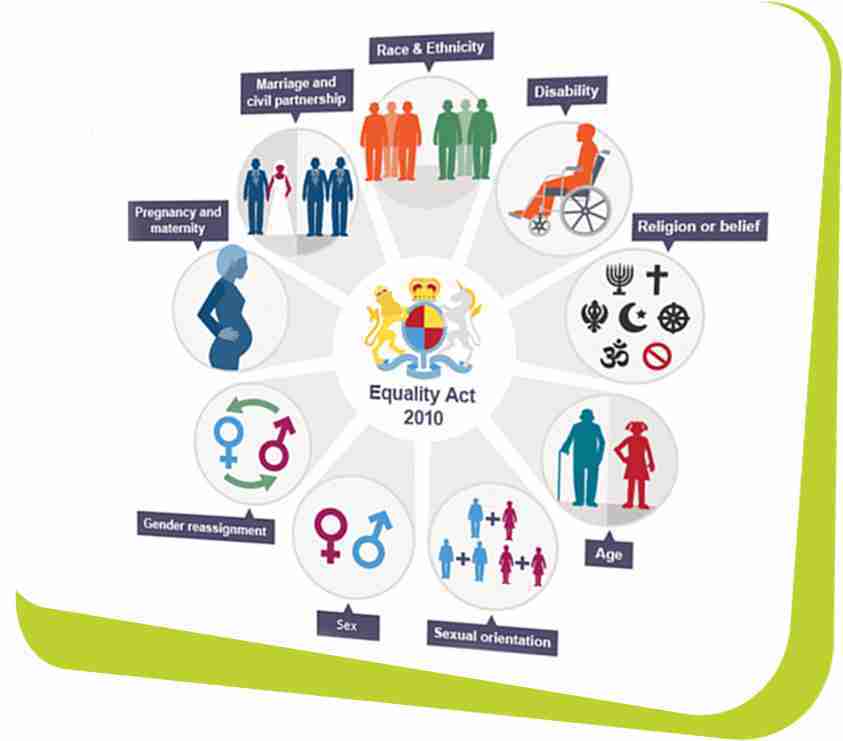 What are the protected characteristics?

A person belonging to a particular age group (so 38 year olds would be an age group) or an age range (for example 16-24 year olds).

Click here for more information on age and age discrimination.

A person has a disability if they have a physical or mental impairment which has a substantive and long-term effect on that person’s ability to carry out day-to-day activities.

Click here for more information on disability and disability discrimination.

The process in which a person transitions from one gender to another. This can be in any way they choose and does not need to involve medical intervention as it is a personal process. A reference to a transsexual person is a reference to a person who has the protected characteristic of gender reassignment.

Marriage is a formally recognised union between two people, this can be a man or a woman or a same-sex couple.

Same sex couples can also have their relationship recognised as a civil partnership.

Pregnancy is defined as the condition or period of being pregnant or expecting a baby. Maternity refers to the period after birth.

Race includes colour, nationality and ethnic or national origins. In relation to the protected characteristic or race, this refers to a person who is of a particular racial group or to persons of the same racial group.

Click here for more information on race and race discrimination.

This can refer to either male or female, or groups of men and women.

Sexual orientation is a person’s sexual attraction towards their own sex, the opposite sex, or to both sexes.