In 2019, it was found that there was an estimated 169,400 people from Black, Asian and minority ethnic groups living in Wales.

[1] Note that findings from the Isle of Anglesey were not robust enough for publication. 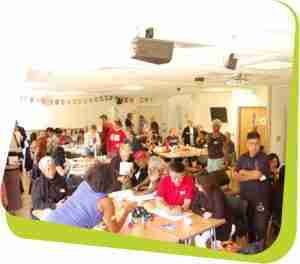 In EYST’s recent All Wales Survey for Ethnic Minority People, it was found that 44% of 143 respondents have felt unwelcome by a person of another background.[1] In this survey, the majority of respondents (nearly 80%) felt safe or very safe in their community. However, there were several negative comments about personal safety in recent years, post-Brexit and post-Trump.[2] Additionally, the Home Office has found that hate crime has risen by 10% in England and Wales from 2017/18 to 2018/19.[3] Further, from police reports on hate crime,[4] it was found that of the 3932 recorded hate crimes in Wales during 2018/19, 2676 (68%) were hate crimes related to race and religion.

Research shows that discrimination has been felt by individuals because of their race. In EYST’s All Wales Survey for Ethnic Minority People, one of the largest barriers for respondents or members of their community accessing services was said to be discrimination. Further, negative treatment because of race appears in the workplace. TUC’s ‘Racism at Work’ report found that over 70% of Asian and Black workers who took the 2016-17 survey reported that they had experienced racial harassment at work in the last five years. Further, the report found that around 60% of Asian and black workers, and almost 40% of participants from a Mixed heritage background reported being subjected to unfair treatment by their employer because of their race.

Treating someone less favourably than another person because of their race. Direct discrimination may also cover:

Occurs where there is a policy, practice or procedure which applies to all workers, but particularly disadvantages people of a particular race. An example could be a requirement for all job applicants to have GCSE Maths and English: people educated in countries which don’t have GCSEs would be discriminated against if equivalent qualifications were not accepted. Indirect discrimination can only be justified if there is a good reason for discrimination. This is also known as a proportionate means of achieving a legitimate aim.

This is when unwanted conduct related to race has the purpose or effect of violating an individual’s dignity or creating an intimidating, hostile, degrading, humiliating or offensive environment for that individual.

Circumstances when being treated differently due to race is lawful

A difference in treatment may be lawful if: