ONS’ most recent data on sexual orientation found that the proportion of the population in Wales that identify as lesbian, gay or bisexual has increased from 1.3% in 2012 to 2.4% in 2018. 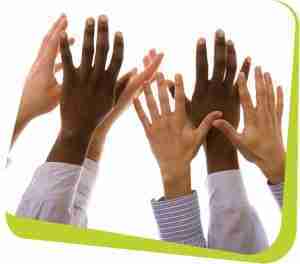 In regard to lived experience, Stonewall Cymru’s 2017 report ‘LGBT in Wales: Hate Crime and Discrimination’ found that the number of lesbian, gay and bi people in Wales who have experienced hate crime or an incident due to their sexual orientation had risen from 11% in 2013 to 20% in 2017.

Further, Stonewall Cymru’s most recent ‘Work Report,’[2] found that 16% of lesbian, gay and bi employees who are not trans have been the target of negative comments or conduct from customers and clients because they are a part of the LGBT community. However, 53% of LGBT employees say that senior managers at their workplace demonstrates visible commitment to lesbian, gay and bi equality.

This means that sexual discrimination includes being treated less favourably because you are heterosexual, lesbian, gay or bisexual. Further, the act applies equally to all orientations.

The Act applies to goods and services, all employment and vocational training and includes recruitment, terms and conditions, promotions, transfers, dismissals and training.[1]

There are four main types of sexual orientation discrimination:

This occurs when someone treats you less favourably than another person in a similar situation because of your sexual orientation. E.g. at a job interview, a woman makes a reference to her girlfriend. The employer decides not to offer her the job, even though she is the best candidate they have interviewed. Additionally, direct discrimination can happen when:

This occurs when an organisation has a policy, process or way of working that is applied the same to everyone but has the impact of disadvantaging people of a particular sexual orientation.

However, in limited circumstances, an organisation is permitted to have such a policy, process or way of working if they can show that there is a good reason for this (also known as an objective justification).

This is unwanted conduct related to a person’s sexual orientation has the purpose or effect of violating an individual’s dignity or creating an intimidating, hostile, degrading, humiliating or offensive environment for that individual.

Circumstances when being treated differently due to sexual orientation is lawful

Acas’ Report on Sexual Orientation Discrimination in the Workplace