Religion or Belief – The Protected Characteristics

All the major world religions are represented across Wales today. Many of which have been long established in Wales and make up an important part of Welsh culture. 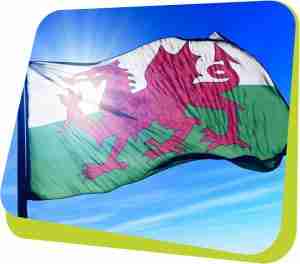 The 2011 Census data shows that in 2011 the percentage of the population of Wales giving their religion as Christian was 57.6%. The earliest Christian relic found in Wales dates back to 375AD and depicted the Chi-Rho, an ancient Christian symbol. There was a doubling in the number of Muslims living in Wales since the previous census. In 2001 0.7% of the population identified themselves as Muslim and by 2011 this had increased to 1.5%. More than half the Muslim population lives in Cardiff (51.8%). In 1947 Wales’s first purpose-built mosque was built in Butetown, Cardiff. The 2011 census similarly showed an increase in the percentage of people identifying as Buddhists or Hindu. Both Buddhists and Hindu rose from 0.2% to 0.3%. Cardiff is shown to have the highest proportion of Buddhists, numbering 1,690. Meanwhile the percentage of the population identifying as Jewish remained constant at 1%. Judaism is the oldest non-Christian faith to be established in Wales. There is a written record of the oldest Jewish communities in Wales, which founded in Swansea around 1730. Likewise the percentage of the Welsh population identifying as Sikhs remained constant at 1%. The first purpose-built Sikh Gurdwara was opened in Cardiff in 1989. The category “any other religion” accounted for 0.4% in 2011 compared to 0.2% in 2001. Between 2001 and 2011 the percentage of the population of Wales saying that they had no religion increased by nearly half a million (from 18.5% to 32.1%).

However, in the most recent estimates from Stats Wales, it was found that between 2015 and 2017, of the 3,072,500-population size in Wales, 1,621,000 were Christian, 49,200 were Muslim, and 82,200 had other religious beliefs. It was also found that 1,311,800 had no religious beliefs, while 8,400 thought that the question did not apply to them or did not answer. However, the statistics do not go into further detail on this and does not capture the full range of religious groups. It is worth noting that these statistics do not capture the full range of religious groups.

The number of hate crimes related to race and religion in Wales constituted 68% of all hate crimes in Wales. Further, in people’s everyday lives, people are treated negatively because of religion. TUC’s ‘Racism in Work’ report although focusing on racism, found that a considerable number of employees shared their encounters of Islamophobia at work. Others commented on antisemitic experiences in the workplace.

Religion under the Equality Act can mean any religion so both organised religion and small religious may constitute a religious belief. However, the belief must have a clear structure and belief system.

In order to constitute a philosophical belief, certain conditions must be met. For example, the belief must be a weighty and substantial aspect of human life, worthy of respect in a democratic society and not conflicting with the fundamental rights of others. Philosophical beliefs include Atheism.

There is no hierarchy between any religious and philosophical beliefs- all protected beliefs are equal.

The four types of protection under the act are:

This is when someone is treated less favourably because of their religious or philosophical belief. Direct discrimination may also cover:

Occurs where there is a policy, practice or procedure which applies to all workers, but particularly disadvantages people of a particular religious belief or philosophical belief.

Indirect discrimination in this context can be permitted provided that the organisation or employer can show that the policy or way of working is necessary for the way the business operates.

This is unwanted conduct related to religious or philosophical belief that has the purpose or effect of violating an individual’s dignity or creating an intimidating, hostile, degrading, humiliating or offensive environment for that individual.

Harassment can never be justified. However, you cannot claim against an organisation or employer if they can show that they did everything it could to prevent people who work for it from behaving in that way. However, you may still be able to claim against the harasser.

Victimisation is when you are treated badly because they have made, or has supported who has made, a complaint about discrimination based on religious or philosophical beliefs.

Employers do not have to give workers time off or facilities for religious observance, but they should try to accommodate them whenever possible. Many employers find that being sensitive to the cultural and religious needs of their employees makes good business sense. This can mean making provisions for:

Acas’ report on religion or belief discrimination: key points for the workplace