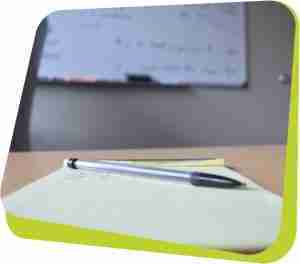 The Office of National Statistics’ most recent report has found a decline in the gender pay gap in the UK, from 17.8% in 2018 to 17.3% in 2019. However, this has not been the case in Wales, with the gender pay gap by local authority in 2019 rising to 14.5% compared with 13.5% the year before.[2] In their most recent ‘State of the Nation’ report, Chwarae Teg stated that some of the challenges to gender equality are: the over-representation of women in low-paid, part-time work; the under representation of women from diverse backgrounds in public life and positions of power; and the risk of poverty, violence and abuse that women face.

The Equality Act 2010 provides rights under sex discrimination at work, in education, as a consumer and in public services and makes it unlawful for an employer to discriminate against employees because of their gender.  There are four different types of sex discrimination:

This occurs when someone treats you worse that someone of the opposite sex in a similar situation, because of your sex. An example of this is an employer not hiring a woman because of their gender. Additionally, direct discrimination can occur as:

Indirect discrimination occurs when an organisation has a policy, practice or procedure which applies in the same way to both men and women but has demonstrated the impact of disadvantaging those of a particular sex. For example, a requirement that job applicants must be six feet tall could be met by significantly fewer women than men. However, indirect discrimination can be justified if the organisation is able to show that there is a good reason for the practice.

Harassment in relation to sex can take three forms:

Harassment can never be justified. However, if an organisation can show it did everything it could to prevent people who work for it from behaving like that, you will not be able to make a claim for harassment against it, although you could make a claim against the harasser.

Circumstances when being treated differently due to sex is justified

There are limited circumstances where differential treatment between men and women is lawful. For example:

The Equal Pay Act 1970 gives you the right to be treated equally in terms of pay in comparison to a member of the opposite sex.

If you believe you are not being treated equally, you may be able to make a complaint, or bring a claim to an employment tribunal.

If you wanted to do this, you would need to compare yourself to someone of the opposite sex who works for the same employer as you. You would need to be able to show that you[3]: